Back in October my boyfriend and I took a trip to Cornwall. The drive down from Yorkshire took around 5 and a half hours, and was actually lovely. We listened to music, stopped for a cheeky starbucks, and when we arrived we checked into a lovely hotel in Padstow which was our ‘base of operation’ as we travelled out from there every day in the car.

Now, October isn’t known for its particularly warm weather, and this trip was no exception. The weather was cold, and rainy but the trip itself was wonderful. We only stayed for 4 nights but managed to get a lot done in that time.

One of the things we managed to do, despite the weather, and the one day of the trip I know I will not be forgetting anytime soon, was we took a trip to Lizard Point, the most southern point in England. This visit took place on a day which had 35mph winds, with gusts reaching up to 50mph, and there we were, in jeans and jackets, not even remotely dressed for the weather, clutching our cameras as we tried to capture the absolute beauty that we were seeing.

When we got back to the car, both myself and Ben remarked on the fact that we would likely never forget the experience that we had just shared. To be stood, on (not like right on the edge but you get the point) the most southern point of England, battling the elements was simply breath taking. As much as I would love to go back in calmer weather and take another look, I’m not sure it would even begin to compare to that moment. ‘Exhilarating’ was the word we used at the time.

I think we drove to, or at least through the vast majority of the touristy places. We even went to Bodmin Jail to escape the rain. We tried to squeeze in as much as could in the time we had there, my biggest regret though about the whole trip was not taking enough photographs, even if I couldn’t take them on my Camera, I still had my phone on me at all times and yet, I returned home with a handful of pictures, and most of them not even worth taking. The photographer in me find this infuriating but I end up torn between trying to get the best shot, and trying to enjoy myself, you know?

We have a few trips booked for this year, starting with London in March and I am going to make it my mission to capture more of these trips, to capture more memories, be it on my phone, or on my DSLR, either way, I want to be able to look back on these trips in the future.

Where have you guys been recently? I’d love to hear about it! 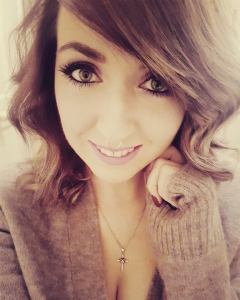